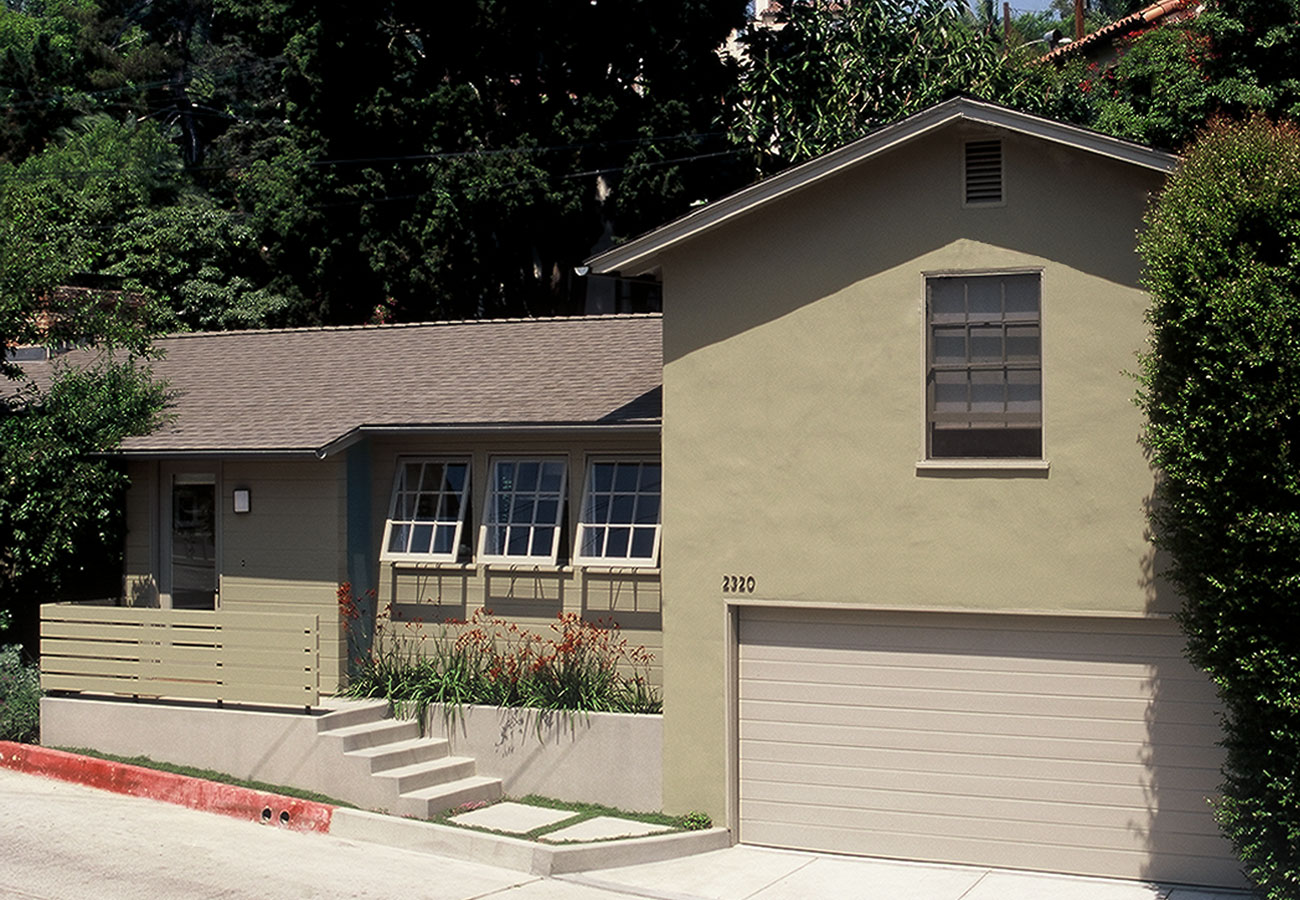 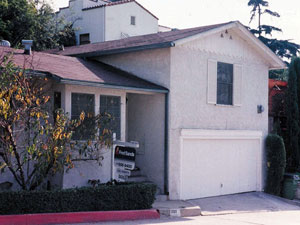 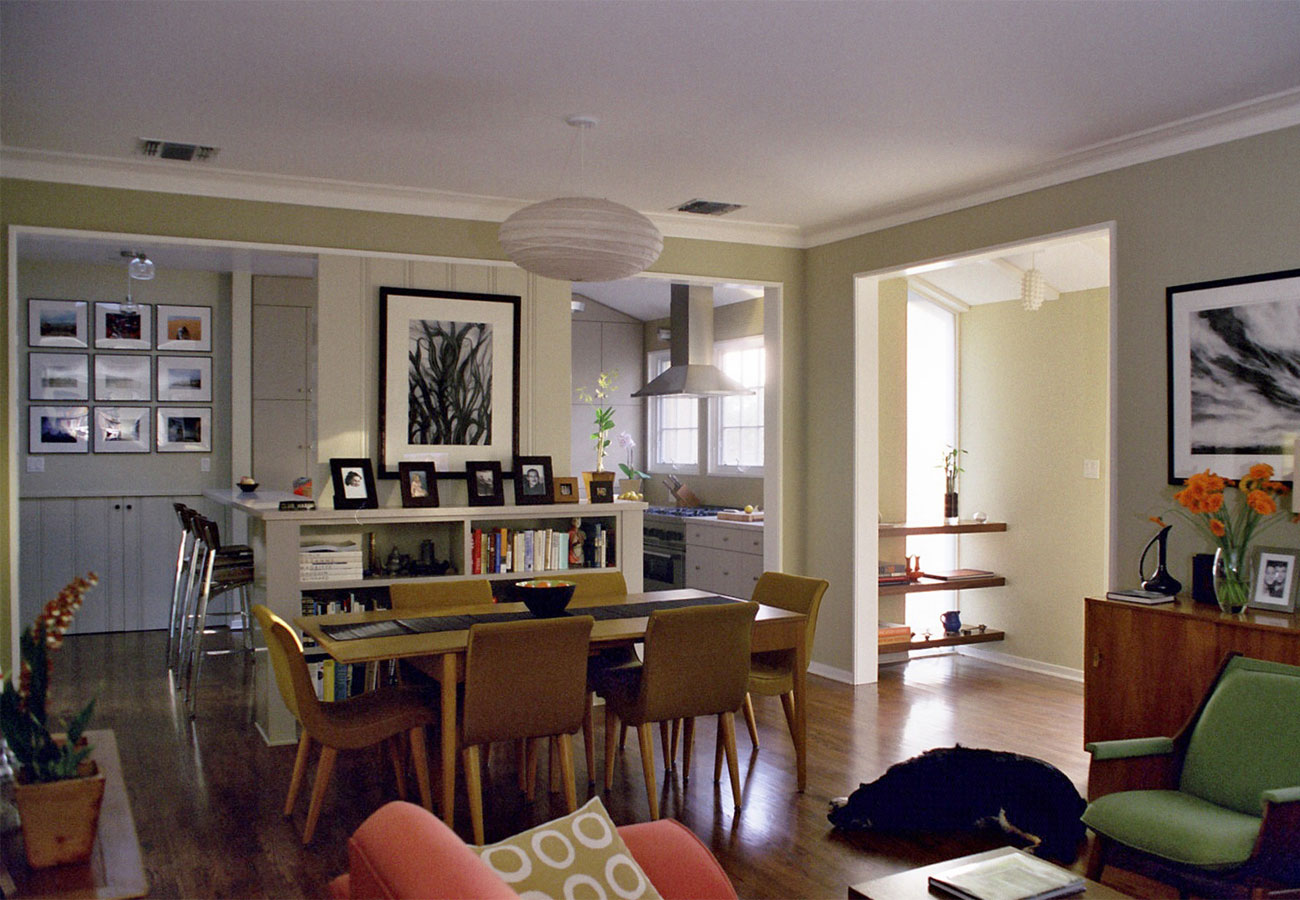 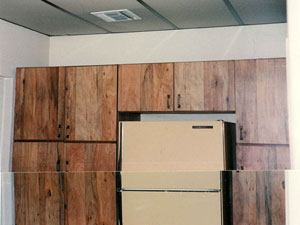 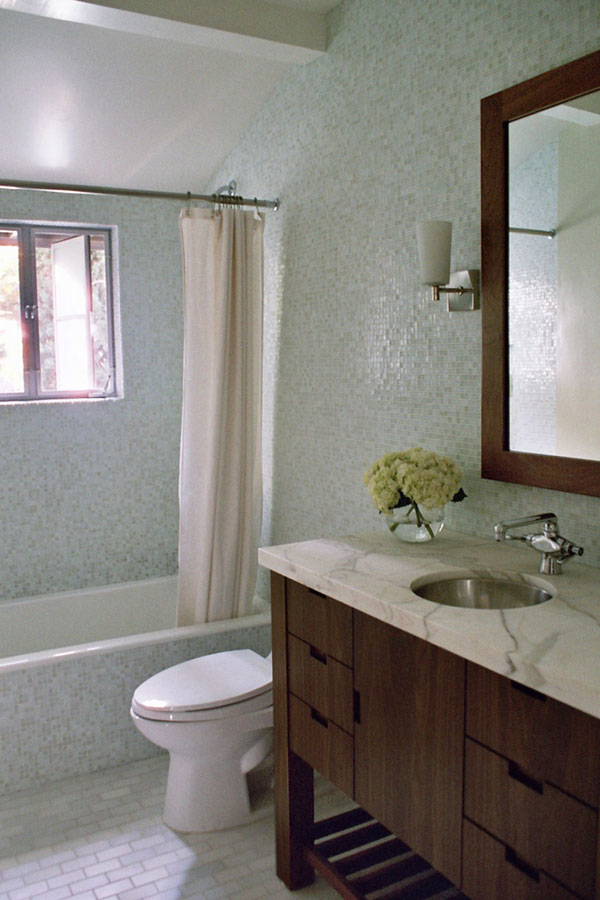 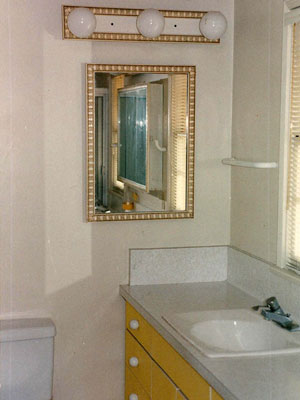 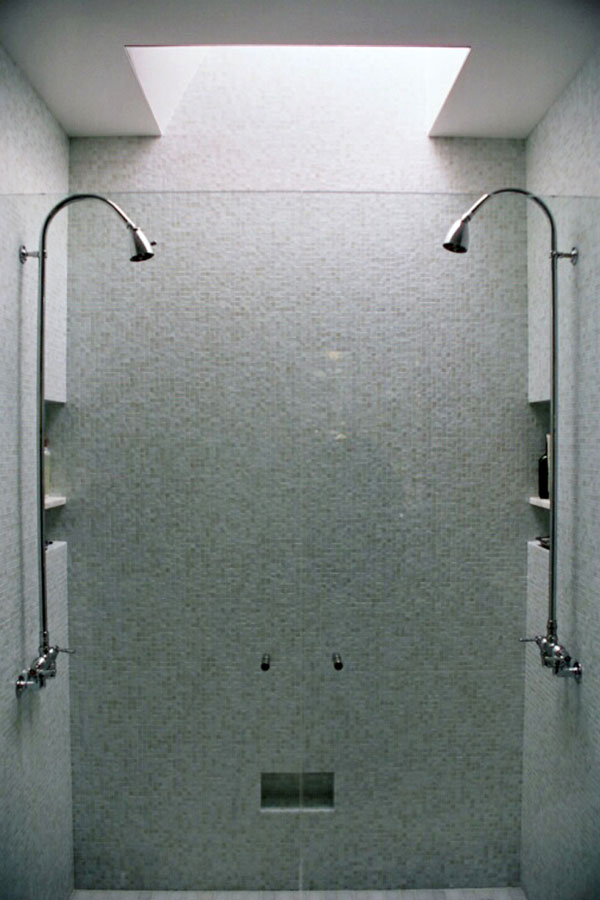 Only 96 sq. ft. were added to this 30’s cottage in the Hollywood Hills, but the house was transformed by these additions. Whereas previously one entered the house directly into the kitchen, a new entry was built off of the main living space. A dark hallway became a breakfast room, and the kitchen was opened up to the rest of the house. On the second floor, an unused balcony was taken over to replace one long narrow bathroom with two. Though the original house was traditional, the remodel is modern. In the end the house is a juxtaposition of glass tile and modern cabinetry with raised panel doors and divided windows.